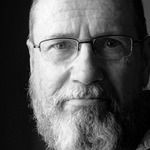 Nathan Lowell has been a writer for more than forty years, and first entered the literary world by podcasting his novels. His sci-fi series, The Golden Age of the Solar Clipper grew from his long time fascination with space opera and his own experiences shipboard in the United States Coast Guard. Unlike most works which focus on a larger-than-life hero (prophesized savior, charismatic captain, or exiled prince), Nathan centers on the people behind the scenes--ordinary men and women trying to make a living in the depths of space. In his novels, there are no bug-eyed monsters, or galactic space battles, instead he paints a richly vivid and realistic world where the "hero" uses hard work and his own innate talents to improve his station and the lives of those of his community.

Dr. Nathan Lowell holds a Ph.D. in Educational Technology with specializations in Distance Education and Instructional Design. He also holds an M.A. in Educational Technology and a BS in Business Administration. He grew up on the south coast of Maine and is strongly rooted in the maritime heritage of the sea-farer. He served in the USCG from 1970 to 1975, seeing duty aboard a cutter on hurricane patrol in the North Atlantic and at a communications station in Kodiak, Alaska. He currently lives in the plains east of the Rocky Mountains with his wife and two daughters.
Website:
http://nathanlowell.com
Twitter:
nlowell
Genres:
Science Fiction Fantasy