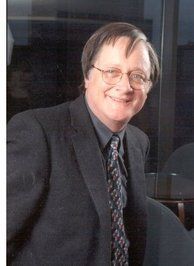 Most of Powers's novels are "secret histories": he uses actual, documented historical events featuring famous people, but shows another view of them in which occult or supernatural factors heavily influence the motivations and actions of the characters.

Powers was born in Buffalo, New York, and grew up in California, where his Roman Catholic family moved in 1959.

He studied English Literature at Cal State Fullerton, where he first met James Blaylock and K.W. Jeter, both of whom remained close friends and occasional collaborators; the trio have half-seriously referred to themselves as "steampunks" in contrast to the prevailing cyberpunk genre of the 1980s. Powers and Blaylock invented the poet William Ashbless while they were at Cal State Fullerton.

Another friend Powers first met during this period was noted science fiction writer Philip K. Dick; the character named "David" in Dick's novel VALIS is based on Powers and Do Androids Dream of Electric Sheep? (Blade Runner) is dedicated to him.

Powers's first major novel was The Drawing of the Dark (1979), but the novel that earned him wide praise was The Anubis Gates, which won the Philip K. Dick Award, and has since been published in many other languages.

Powers also teaches part-time in his role as Writer in Residence for the Orange County High School of the Arts where his friend, Blaylock, is Director of the Creative Writing Department. Powers and his wife, Serena, currently live in Muscoy, California. He has frequently served as a mentor author as part of the Clarion science fiction/fantasy writer's workshop.