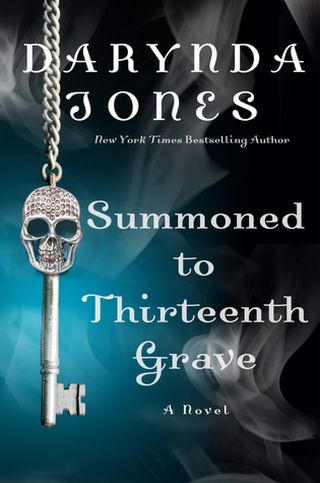 Charley Davidson, Grim Reaper extraordinaire, is pissed. She’s been kicked off the earthly plain for eternity – which is the appropriate amount of time to make a person starkraving mad. But someone’s looking out for her, and she’s allowed to return after a mere hundred years in exile. Is it too much to hope for that not much has changed? Apparently it is. Bummer.

She’s missed Reyes and her daughter, Beep, but now that she’s back on earth, it’s time to put to rest burning questions that need answers. What happened to her mother? How did she really die? Who killed her? And are cupcakes or coffee the best medicine? It all comes to a head in an epic showdown between good and evil in this final smart and hilarious novel.
Pages:
304
Published:
2019-01-15
Genres:
Romance / Fantasy / Paranormal
ISBN:
0349417784 / 9780349417783
ASIN:
B071JMJF4G
Buy Book:
(Affiliate Disclosure)
Amazon US / Amazon CA / Amazon UK