Titan's Bloodshed (2022)
by Michael Anderle
(#8 in The Great Insurrection) 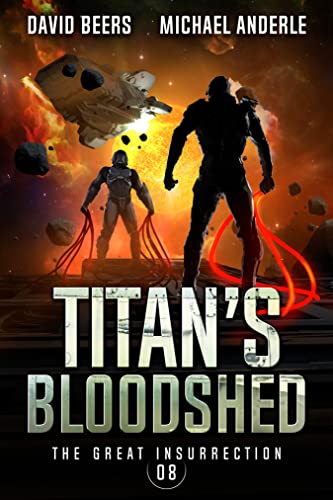 …but only one can have it.

Prometheus returned to his solar system, and de Finita’s forces prepare to defend what’s theirs.

The AllSeer’s return threatens to conquer both militaries in one genius move. He’ll obliterate Mars and force Prometheus to make an impossible choice:

Save his friend or save his insurrection.

Will de Finita bend the knee or watch billions burn alive beneath the AllSeer’s magnificent power?

Will Prometheus let his friend die? Or will he abandon everything that what he’s built and risk his own life for someone he once loved?

The AllSeer holds all the cards.