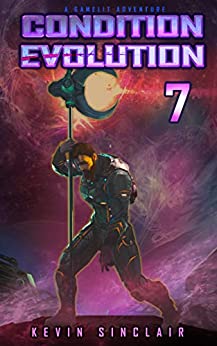 Outnumbered and outgunned, Shaun and his allies have played a blinder against the Fystr, deep within their own empire.

Still… you can’t make an omelet without breaking a few eggs, and though the Imperial fleet is in tatters, Uprising is stranded and there’s no doubt more enemies are on their way.

The need for Shaun to understand and embrace his new powers has never been greater. For if Pandemonium isn’t contained, it’s not just his enemies that need to fear him.
Published:
2022-06-01
Genres:
Science Fiction / Litrpg
ASIN:
B09QXP9QJJ
Buy Book:
(Affiliate Disclosure)
Amazon / Amazon UK


There will temporarily be significant delays in filling requests due to health reasons.