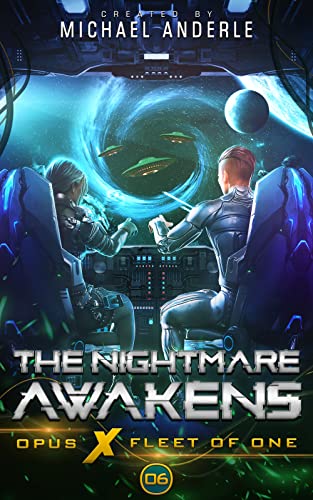 Cyrus and Kat are ready for the final showdown.
After the defeat of the frontier clone army, Kat and Cyrus are worried that humanity’s time is running out. Their shadowy enemy is prepared to murder millions and destroy entire star systems to reopen the ancient interdimensional prisons.
Unwilling to go down without a fight, the UTC government readies their ultimate battleship and assigns it to the team.
Kat and Cyrus have a new ship. Now they need a new army. A Fleet of Two is nice. Expanding the fleet could prove…challenging.
Knowing the only way to defeat their powerful enemy is by forming new alliances, Cyrus and Kat escort an ambassador to the border of Leem space to recruit the powerful aliens to their cause. Trying to talk with a species who understand the world in such a different way risks leading to a deadly confrontation.
War begins where diplomacy ends.
Recruiting aliens into a grand alliance might not be enough when their shared enemy possesses advanced ancient technology. One species has already fallen. There’s no guarantee the others will survive.
Published:
2022-08-02
ASIN:
B0B117DMG3
Buy Book:
(Affiliate Disclosure)
Amazon / Amazon UK


There will temporarily be significant delays in filling requests due to health reasons.