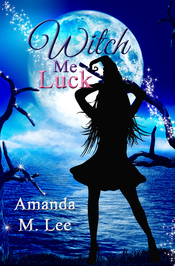 When I was a kid, I was torn between whether or not I was going to grow up and be the Incredible Hulk or Wonder Woman. I flirted with being a Jedi Knight for awhile, but I wasn't up for the intense travel associated with the gig. In my teens, I settled on being a writer -- although I had no idea the effort that would entail.
Not only am I a writer now, but I'm a writer in several different mediums. I'm a longtime newspaper reporter, an avid reader and a voracious science fiction fanatic.
Website:
https://www.facebook.com/AuthorAmandaMLee
Twitter:
yodaoneforme
Genres:
Paranormal / Young Adult / Chick Lit

Wicked Witches of the Midwest
(21 books)