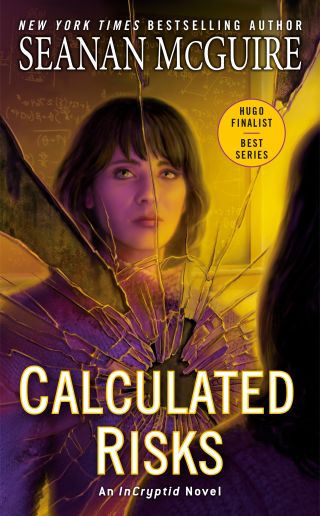 Just when Sarah Zellaby, adopted Price cousin and telepathic ambush predator, thought that things couldn’t get worse, she’s had to go and prove herself wrong. After being kidnapped and manipulated by her birth family, she has undergone a transformation called an instar, reaching back to her Apocritic origins to metamorphize. While externally the same, she is internally much more powerful, and much more difficult to control.

Even by herself. After years of denial, the fact that she will always be a cuckoo has become impossible to deny.

Now stranded in another dimension with a handful of allies who seem to have no idea who she is–including her cousin Annie and her maybe-boyfriend Artie, both of whom have forgotten their relationship–and a bunch of cuckoos with good reason to want her dead, Sarah must figure out not only how to contend with her situation, but with the new realities of her future. What is she now? Who is she now? Is that person someone she can live with?

And when all is said and done, will she be able to get the people she loves, whether or not they’ve forgotten her, safely home?
Pages:
448
Published:
2021-02-23
Genres:
Fantasy / Urban Fantasy
Buy Book:
(Affiliate Disclosure)
Amazon US / Amazon CA / Amazon UK